Honoring the Traditions of Olive Cultivation

Story and photos by Robert Glick

On a gently sloping, west-facing parcel within Stonepine Estate’s 400+ acres in Carmel Valley, California, Olivia’s Olive Grove basks under the midday sun. The estate’s owners, Gordon and Noel Hentschel named the grove after their good friend, the late Olivia Newton-John.

It’s harvest day and the 400 olive trees are being carefully gleaned by a dozen farm hands. Yannis Toutountzis (pictured at right) is the irrepressible leader of the operation and his enthusiasm is apparent to everyone in the grove. Yannis is a fountain of information and he is an expert in olive cultivation (as well as viticulture). With his Greek heritage very much a source of professional pride, he has decades of hands-on experience and a deep understanding of the plant, the soil, the weather, and the confluence of all the essential factors that yield the best possible olive and crop.

Of course Olivia’s Olive Grove is in California, but historically, olives are not native to the Americas. Spanish colonists brought the olive to the New World, where its cultivation prospered in present-day Peru, Chile, and Argentina. The first seedlings from Spain were planted in Lima in 1560. Olive tree cultivation quickly spread along the valleys of South America’s dry Pacific coast where the climate was similar to the Mediterranean. Spanish missionaries established the tree in the 18th century in California. It was first cultivated at Mission San Diego de Alcalá around 1795. Orchards were started at other missions, but in 1838, an inspection found only two olive orchards in California. Cultivation for oil gradually became a highly successful commercial venture from the 1860s onward.

The crop from old trees is sometimes enormous, but they seldom bear well two years in succession, and in many cases, a large harvest occurs every sixth or seventh season. Where the olive is carefully cultivated, as in Provence, the trees are regularly pruned. The pruning preserves the flower-bearing shoots of the preceding year, while keeping the tree low enough to allow the easy gathering of the fruit. The spaces between the trees are regularly fertilized. In the Northern Hemisphere, green olives are picked from the end of September to about the middle of November. Most olives today are harvested by shaking the boughs or the whole tree. Table olive varieties are more difficult to harvest, as workers must take care not to damage the fruit. At Stonepine’s grove, careful hand-picking is employed, ensuring the best quality.

The amount of oil contained in the fruit differs greatly by cultivar. Typical yields are (3 lb 5 oz – 4 lb 14 oz) of oil per tree per year. Olives cultivated for consumption are generally referred to as “table olives”. About 90% of all harvested olives are turned into oil, while about 10% are used as table olives.

The olive is technically a “drupe,” a fruit with a single large stone inside. (Olives are fruits, not veggetables.) Olives are full of the compound oleuropein, which give them an intense bitterness. Compared with other drupes—stone fruits like peaches and cherries—olives have a strikingly low sugar content and a sky-high oil content (12-30%), both of which vary depending on the time of harvest and the variety.

Apart from (or in addition to) some heritage Mission trees planted years ago in the Estate, Olivia’s Olive Grove consists primarily of the following Tuscan olive cultivars:

Mission This is the United States very own olive. Its origin is believed to be Spanish. Mission olive trees have flourished in California since the 1700’s. Most of the yield goes to make olive oil, but black oil-cured and green brine-cured table olives are both mild, grassy, and bright in flavor.

Picholine These torpedo-shaped French green olives are wonderfully crisp and crunchy, with a tart, nutty, anise-y flavor. They’re pretty and elegant enough to serve as hors d’oeuvres, and give a welcome punch to risotto or a hearty stew.

Maurino Hailing from Tuscany but grown in the Golden State in a compact, manageable silhouette, the Maurino Olive Tree is ideal for windy areas, tight spaces, and beyond. Though it’s known for its bushels of delectable olives and medium-yield, it is highly-regarded for oil production.

Moraiolo Indigenous to Tuscany, the Moraiolo olive cultivar has spread throughout central Italy and is renowned for its great oil production yield.

Frantoio This olive tree grows well in milder climates, but it is not as tolerant of heat and cold as Spanish olive cultivars. It grows with moderate speed and has an airy, even wispy, canopy.

Leccino Leccino is one of the primary olive cultivars used in the production of Italian olive oil. It is believed to have originated in Tuscany, and it is now grown all over the world. Due to its delicate flavor, the olive oil it produces is commonly blended with Frantoio, Coratina, Moraiolo and Pendolino in order to create more flavor.

Pendolino This variety is widely appreciated by growers for its high fruit production and plays a crucial role as an excellent pollinator, both for table and oil cultivars. This slow growing tree has a beautiful weeping habit and grows to about 20′ tall over time.

As this harvest day draws to a close at Olivia’s Olive Grove, Yannis and the Stonepine Estate crew rightfully take pride in their hard but rewarding work. In a few days, after the oil has been extracted and purified, they will be sampling the “fruits of their labor” during a celebratory feast on the Paddock Lawn at Stonepine’s Double H Ranch. In addition to enjoying the olive oil and the delicious food and drink, they will know that in their way they have contributed to keeping an age-old tradition alive in the cultivation of olives and olive oil in the Golden State of California. 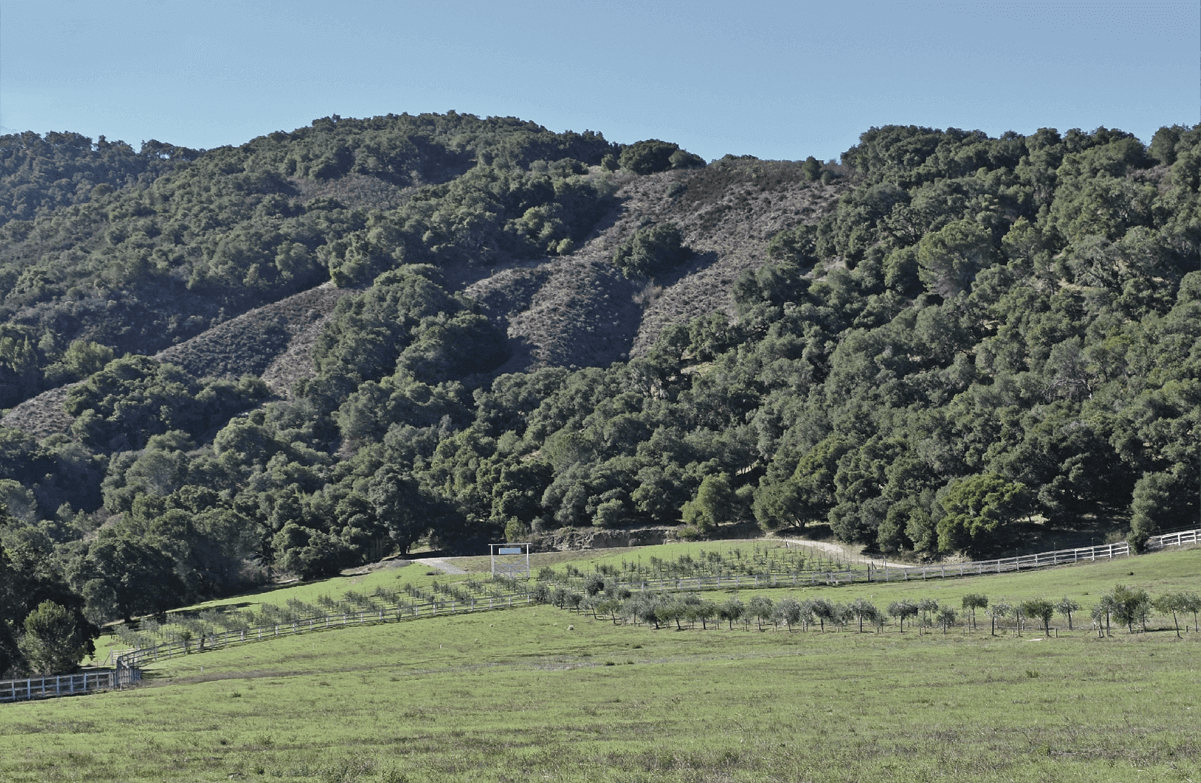 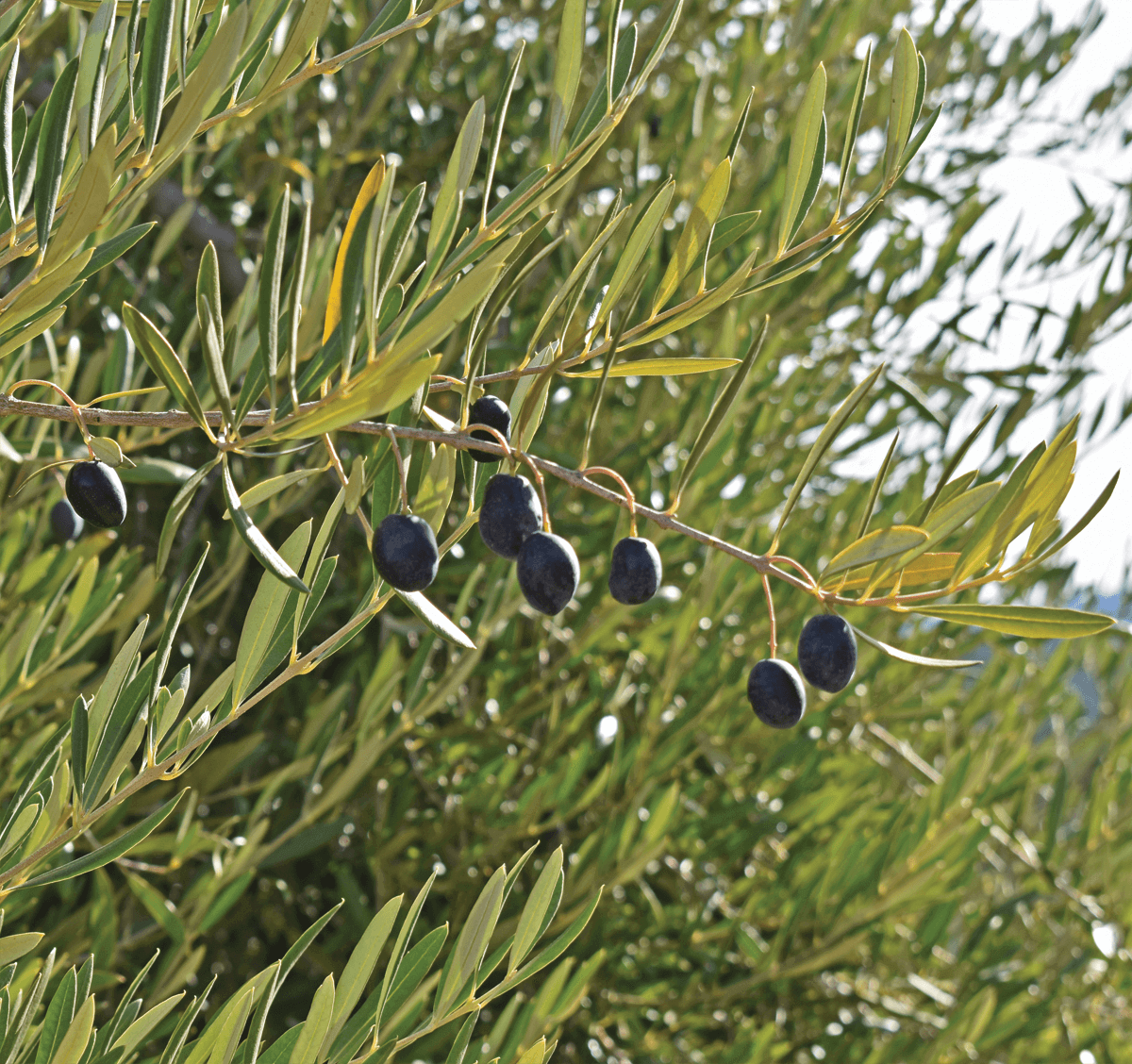 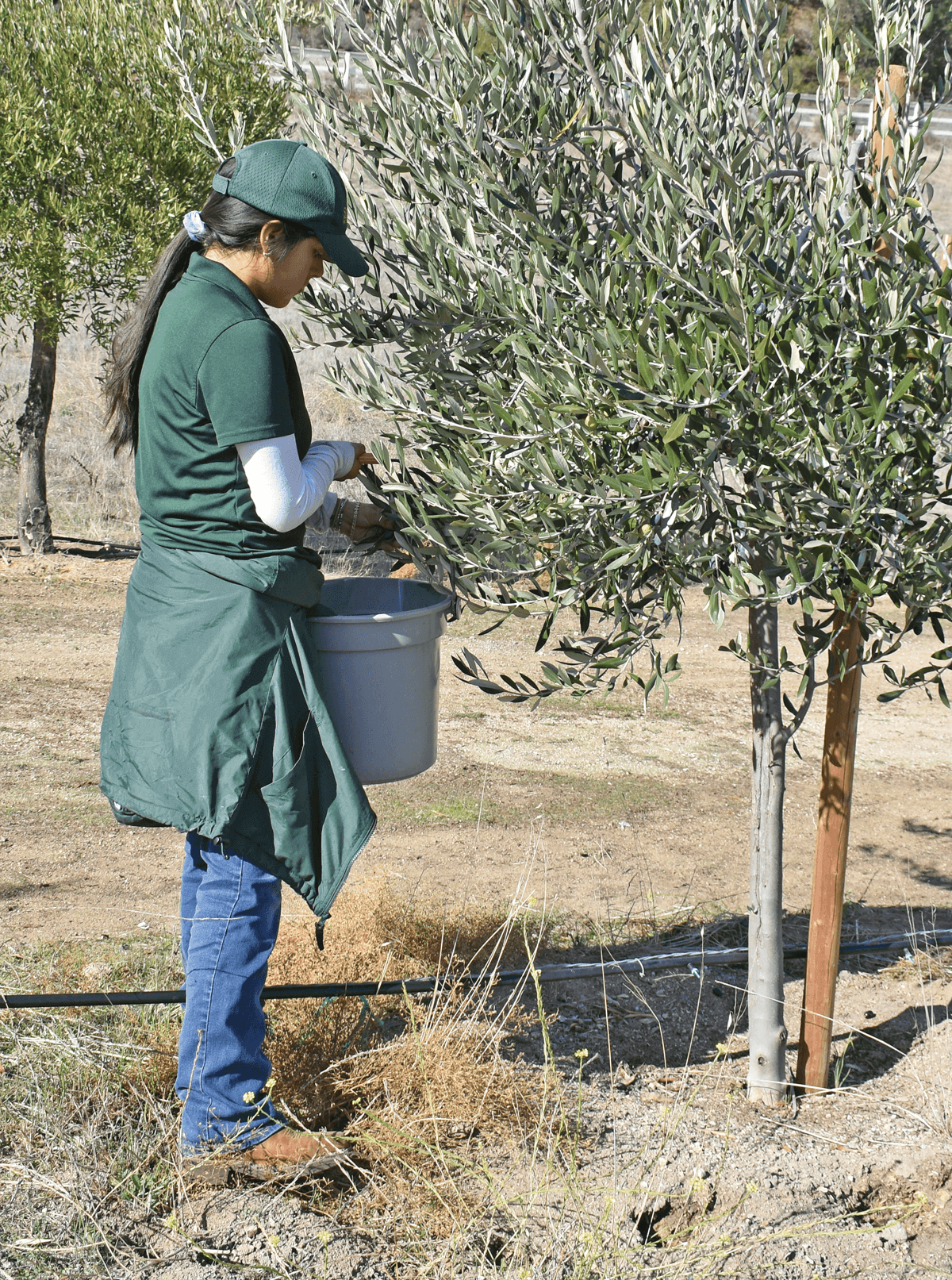 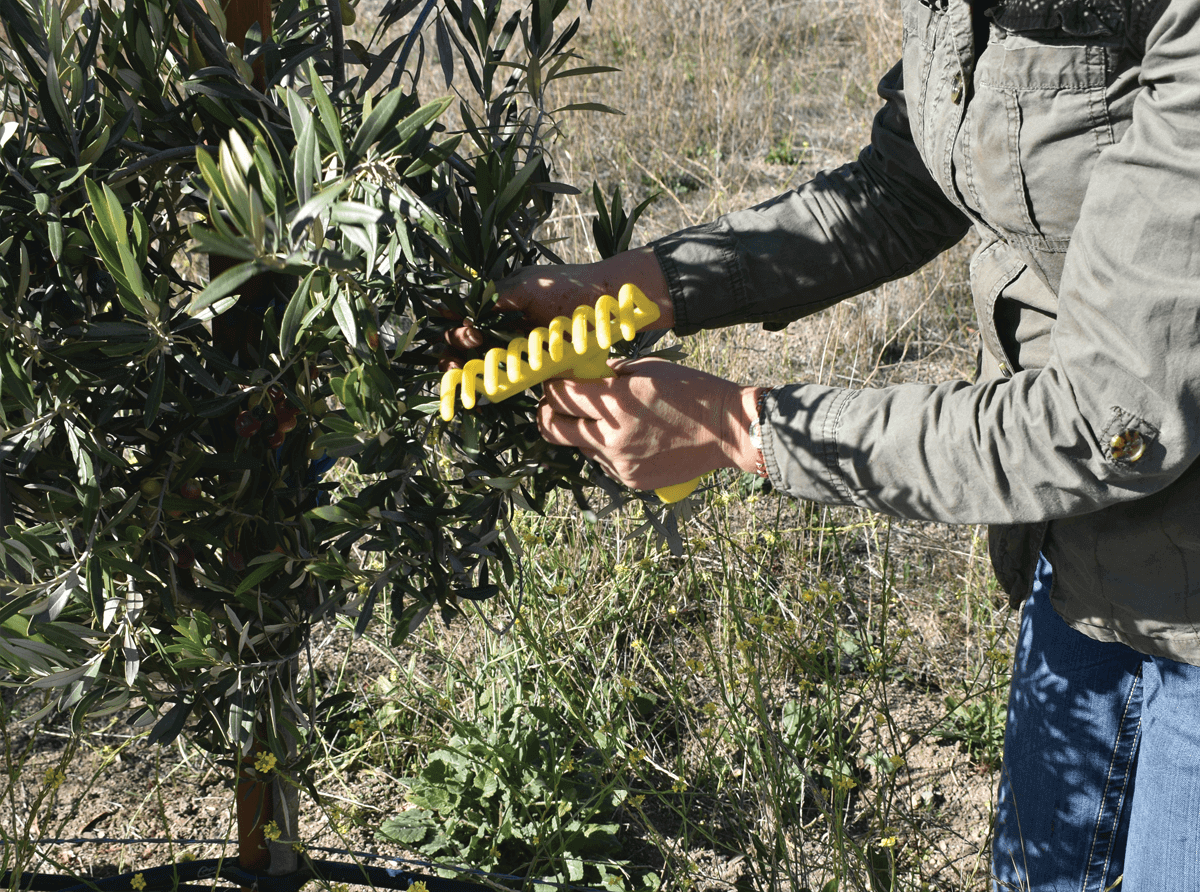 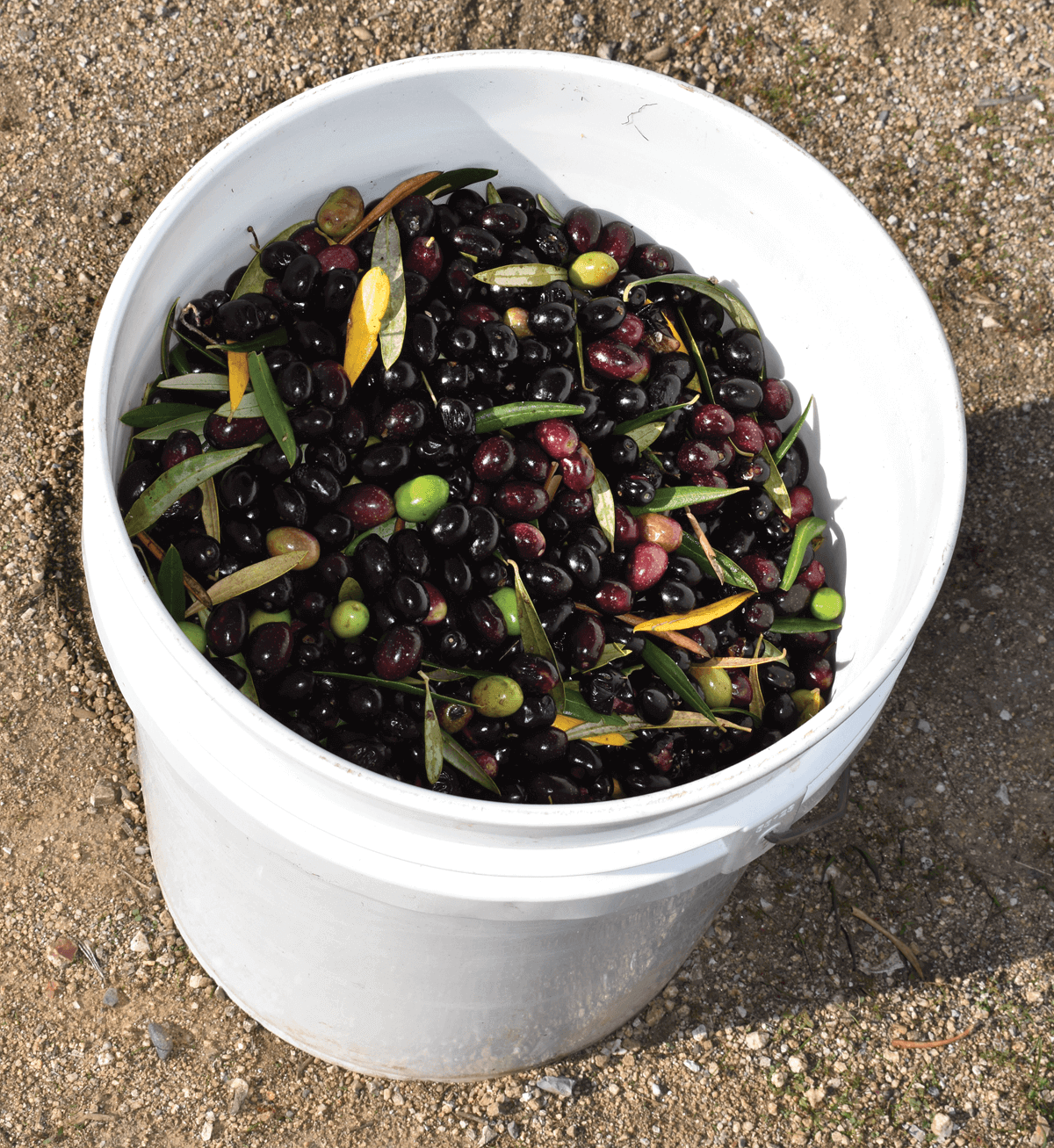 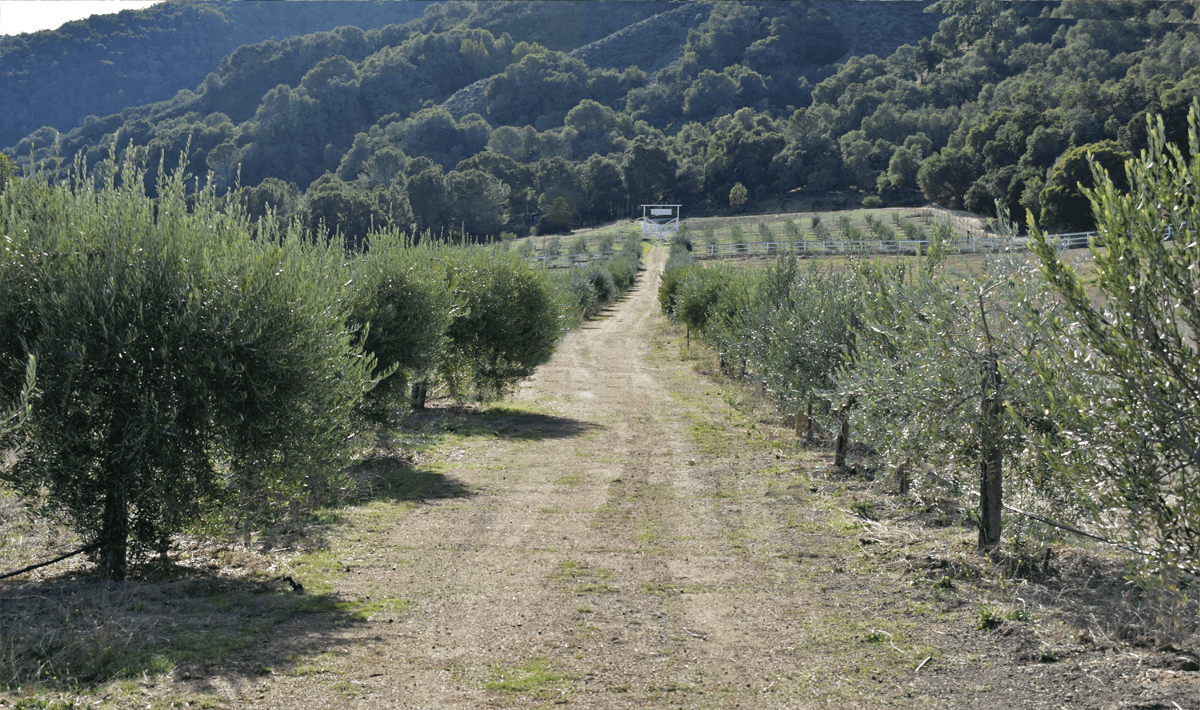 Chateau Noel and Villa Vizcaya in Miami, Florida were designed by famed architect, Francis Burrall Hoffman, Jr. He was born to a wealthy and socially prominent New York family line that began with the emigration of Martin Hermanzen Hoffman from Sweden in 1657. The family remained closely tied to the history and politics of the state, with Hoffman’s great-grandfather, Murray Hoffman serving as a Justice of the Supreme Court of New York and his grandfather, Wickham Hoffman acting as the United States Minister to Denmark from 1883-93.

Hoffman attended Harvard University, graduating in 1903. While at Harvard, Hoffman met one of his future clients – Henry Potter Russell. Mr. Russell, along with his wife Helen Crocker Russell, would eventually own what is now known as Stonepine Estate. In 1927, Architect Hoffman would design Stonepine’s historic Chateau Noel.

Francis spent his senior year as an apprentice at Carrere & Hastings, an architectural firm in New York. From 1903 to 1907, Hoffman attended the École des Beaux-Arts in Paris, graduated with honors there and then returned to Carrere & Hastings in 1907.

In 1910, Hoffman left Carrere & Hastings to begin his own architectural firm in Manhattan. He shared an office space, as well as collaborating on projects with Henry Creighton Ingalls. Hoffman’s first commission was a mausoleum in the Woodlawn Cemetery for Edmund Walstein Davis.

In 1912, Hoffman was hired by James Deering as an associate architect for Villa Vizcaya located on Biscayne Bay in the present day Coconut Grove neighborhood of Miami, Florida. Mr. Deering was a businessman and heir to the International Harvester fortune. Collaborating with Paul Chalfin and Diego Suarez, the bayfront Italian style villa would become the largest and most notable project of his Hoffman’s sixty-year career. The early 20th century Vizcaya estate also includes extensive Italian Renaissance gardens, a native woodland landscape, and a historic village outbuildings compound.

The landscape and architecture were influenced by Veneto and Tuscan Italian Renaissance models and designed in the Mediterranean Revival architecture style, with Baroque elements.

In 1927, Hoffman married Virginia “Dolly” Kimball. Kimball was from a wealthy Virginia publishing family and quickly established a career as an interior decorator, and was often enlisted in the design of her husband’s projects.

After the stock market crash in 1929, Hoffman closed up his firm in New York and he and Dolly spent a majority of their time traveling between New York and Paris. Upon his returns to New York, Hoffman rarely engaged in more than one architectural project a year.

Miami-Dade County now owns the Vizcaya property, as the Vizcaya Museum and Gardens, which is open to the public. 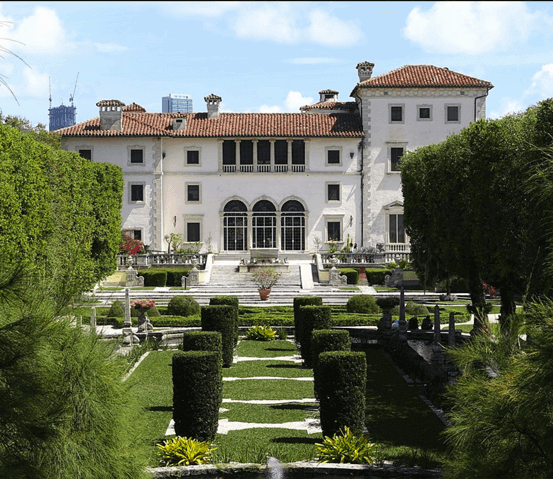 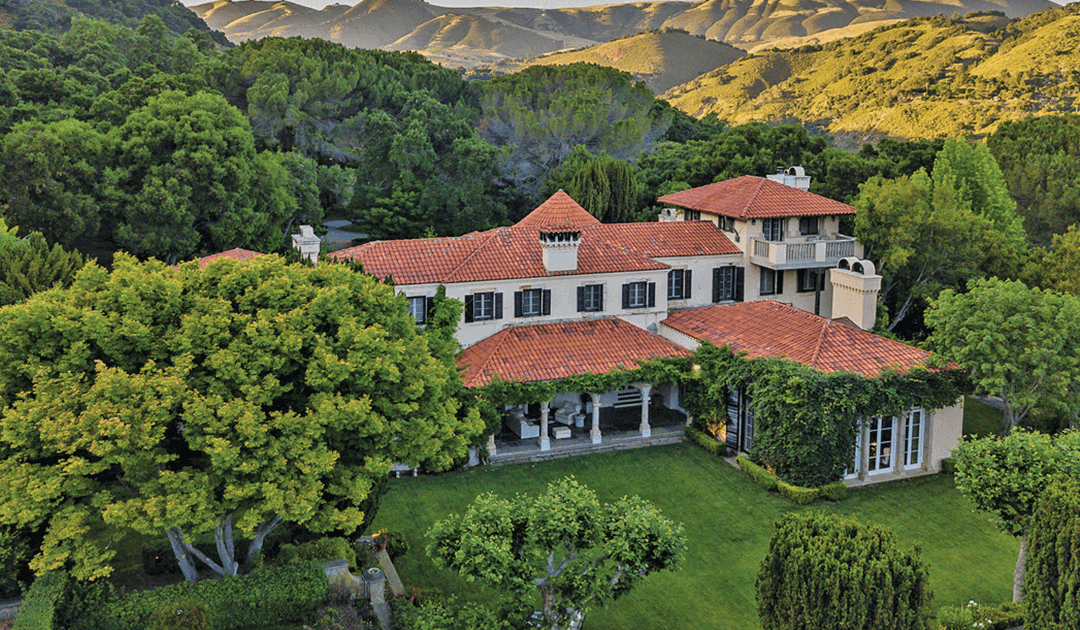